It seems like yesterday I just wrote the review for the June ARC....oh wait it was just yesterday that I did that. :) As I wrote in my previous ARC reviews that we are selling the house (As of this writing its still has not sold. ) So I've been reading as many hard copy of books as I can so I don't have to take them with me. Most notable hardcovers and larger books(see March and April ARC). So as of this writing it is March 8th and I just finished the book I will be reviewing for the July ARC. Now the Art is not done as of the writing, but I figure I have time to do that.

This month's ARC is "Who Died in Here" by Pat Dennis. Its a collection of 25 short stories mysteries centering around the bathroom. The stores are really short. Like only 3 or 4 pages long. So, it was a super fast read. And that is the only good thing for me about the book. I never got into the book. You couldn't get into any of the characters because stories where so short. But at least it gives me an excuse to use my potty people stamps from Viva Las VegaStamps! in my art journal page. :D

Anything but a card Design team call!

Anything but a card challenge blog is looking to expand our Design team. If you love making projects other than cards this is for you.

If your interested than click here to read all about it! Deadline to e-mail your application in is Sept. 13. So hurry over to check the details out and apply! :)

Anything but a Card Challenge 38: Lets get Zen

This month at Anything but a card the theme is repeating motifs/patterns. 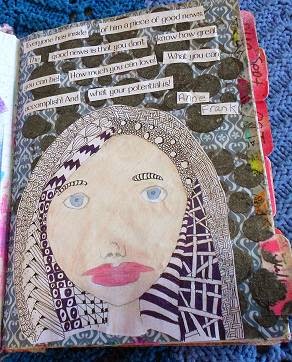 As you know I won a spot in Soul Food class. I started out doing good with the lessons, but then it was getting to advance for me with some of the lessons. But one lesson was from Dana (who I won the the spot to take the class from her blog. ) Her lesson was how she makes a collage background then does her faces and she made an angel from music paper. I went for the part on how she does her faces. It was super easy. Course mine are NOTHING like her's. lol

For this months challenge I decided to do a face. I first drew her on graph paper. Made it easier for me to get the spacing right for the eyes. Then I copied it on the printer. Then I traced it on to copy paper using a light box. I colored her with Derwent 24 Studio rose pink color pencil. But it was so pail I had to use water color crayon in the apricot. I also used the red for the lips and blues for the eyes. I used the ivory black for the eyes and the nose. Instead of coloring her hair like I normally do, I zentangled her face. The patterns I found were from the books One Zentangle a day by Beckah Krahula, Online, and from the book Totally Tangled by Sandy Steen Bartholomew. 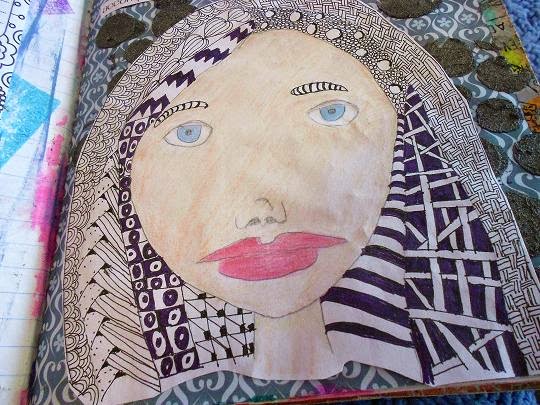 After drawing and Tangleing her, I had no idea what to do with her. I decided to use her for the Documented Life pages. This is for the week of July 23. The prompt for that week was use a quote from a book. For the background I wanted to play with the Ferro Special Effects paste by Viva Decor In Graphite. I took a circle stencil and used a pallet knife to put the paste through it. I made sure not to put the paste where I was going to put her. I let it dry over night, but It did dry pretty quick.

I glued her down on the page. I then went to find a quote from a book. After not finding one from Shelfira.com I went to brainry,com. First I looked at Dr. Seuss, But nixed that idea and looked for an Anne Frank quote I liked. I copied and pasted it in Word Pad. I used a font called Dean Martin swing. Cut the words apart and glued it down. 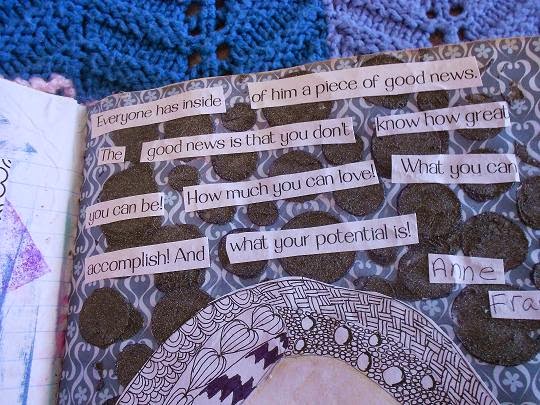 So come play along at ABAC and take a look what the other DT members have done.

As some of you may know weather on Facebook or Twitter or Youtube with my travel kit video, the house is finally sold! We got the offer in the beginning of July but never said anything because I didn't want to jinx it in case the deal fell through. There was a hiccup but we are packed up and ready to leave. Well we are almost packed up, there are some things my mom needs to finish up to pack. Me and my dad(and my aunt is going with us for the drive) are driving to Vegas and we leave on Aug 9, the day after the closing. My mom is leaving on the 7th with a trip to Kansas City before Vegas. I should be arriving at Vegas on the 12.

Til we find a permanent place(we are renting an apartments where my parents stayed when they were there for a month. I will have my own little apartment), I won't have all my stuff like my craft stuff or my computer with me, though we will bring the laptop but that will be with my parents. So I won't be doing much bloging. I will have my Kindle and my iPhone. I did prepost some blog posts like the Sept.challenge for Anything but a card challenge and posts for the artful readers club. I will try and do videos via my iPhone o my digital camera if I can get to upload them on Youtube on the laptop. 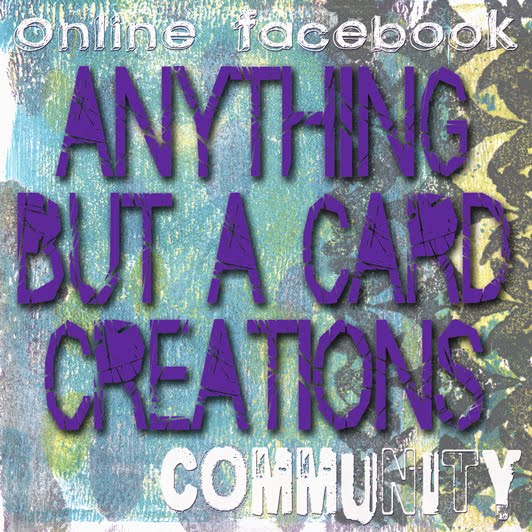 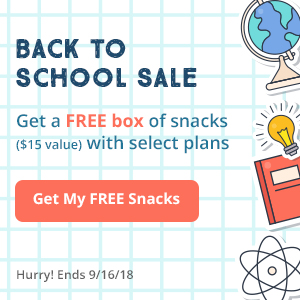